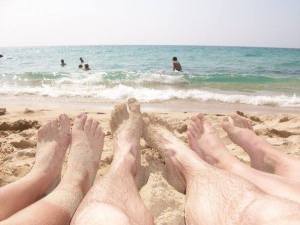 For the last several days I’ve been seeing Isaac around town. Driving along main street, there he was walking with his friends, coming up Hefron Hill, there he was walking home from the lake with his shirt off. I even saw a car like mine down at the park and thought he was there playin ball…Yesterday, standing to pay at the drug store, I watched him walk by out on the sidewalk. My heart lurched and told my body to sprint after him and hug him tight. I resisted the urge to follow the boy wherever he was headed.

Summer has always meant Isaac to me; I carried him through August and summer symbolized my growing curiosity of who he might be and then, summer became our most joyous season together. We played. We explored. We browned our skin. We swam, we grew things, we stayed up later and rose earlier, trying to take in as much of the sun as we could. We learned constellations and the names of weeds, picked strawberries, rhubarb & peaches and made jam and pie. Camping and long lazy river trips…We visited neighbors and napped in hammocks. We frolicked and savored, toiled in the garden, rode our bikes as far as our legs would take us, stopped for ice cream and rode home full and happy. We told stories, roasted marshmallows, dreamed big and laughed long. In his teen years each of these traditions continued but time was split between his summer job at Papanos Pizza. I never wanted him to work too much because I felt summer vacation was important to us as a family as well as just wanting to spend more time with him on a relaxed schedule. Each summer he worked a little more than the last and spent more and more time with friends and girlfriends, but I never felt like he blew me off. He prioritized time with me and I was grateful. My friends were accustomed to me changing plans last-minute if suddenly the opportunity arose to hang with Isaac.

Generally speaking, summer was a happy time for me. There were a few summers in the not so distant past that were challenging; the fog of depression could not be lifted. I found myself isolating alot from friends, family, clients, commitments. But Isaac was a constant and steady presence always. There was never anyone I wanted to hang out with more than this boy, and, there was never a time, not even once, that I didn’t want to hang out with him. Depression may have limited our activities out in the world, even out in our yard, sometimes, but summer vacation was always about Isaac & Mama.

I never really told him the extent of my depression, how far it reached inside of me and took almost everything. But I don’t believe you can live with an elephant in the room and not atleast mention him. I was as honest about my process, as I felt I could be, which grew as he did. The older he got, the more I tried to help him understand his weirdo sad mom. I’m not sure I was kind toward myself about it~ Im not sure I had the kind of self compassion I would have if someone else in my home was suffering with the same affliction. Depression always felt like an unwelcome guest that I endured.

Last summer was the first summer in a few that I was not depressed. I had worked really hard on some things that I feel needed to be addressed that helped me recover. This process was much easier to share with Isaac, because he was older, because I felt my time with him was precious & fleeting with senior year approaching, because I felt the urgency to teach him every important thing I may have missed in the era of melancholy, and, because I was healthier & happier and not living in shame every second.

We shared my car last summer and I still find his burned cd’s in the glove box. Yesterday, after picking strawberries with Jack & Aunt Randi, we put one on. I was reminded of Isaac peeling into the driveway with the speakers blasting, or Isaac driving me along M22 for a day trip to the dunes or Fishtown to play Fudgie or catch the sunset and play frisbee. Isaac loved music. He was into lyrics. He had an equal fondness for hip hop & country. When I listen to these genres I think of him. Yesterday there was a sweetness as we blasted gangsta rap and drove through farmland.

I feel an immense gratitude that despite enormous grief, I do not seem to be locked into what Andrew Solomon calls “The Noonday Demon” in his book, an atlas for depression. Grief stands alone as the tug at my heart~ my channels remain open to give & receive love in this season of abundance. My sense of self is not vapid, my joy, while not the same quality it once was, is not lackluster. Depression casts a gloomy hue over even the best of times, and makes the difficult times nearly impossible to navigate. It is remarkable to me after years of struggling that this is not my default setting. I notice particular habits that were generated & perpetuated during those times that are hard to break~ but, again, despite grief, find myself daring to shatter the glass ceiling… survival is a wonder, really & truly. Desiring to stay the course when it would be easy to give up or fall back into the black hole abyss that is depression.

I miss my son. I ache to touch him, to ask him how he’s been, to make him pancakes, plan an adventure. But I find that summer comes anyway and I have a choice; to see him everywhere and be sad or to see him everywhere and smile. My memories are my proof that he lived, we loved, that once upon a time I got to spend 18 of my favorite seasons with my favorite person of all time. As long as I am able, I choose to shine… 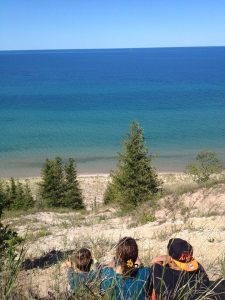 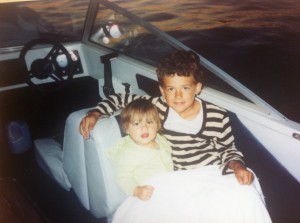 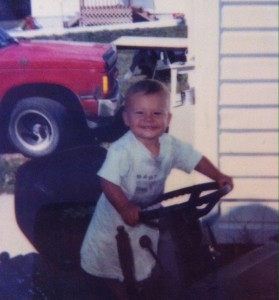 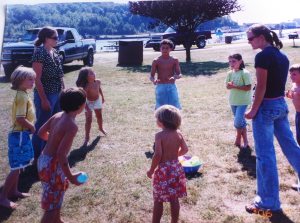 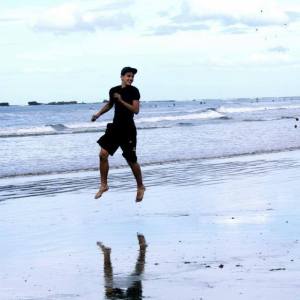 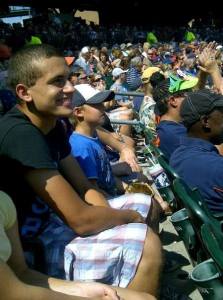 3 thoughts on “Boys of Summer…”