For much of the past 9+ months, I have had a difficult time saying yes to invitations for events, large and small. In December I said yes to Aruba with my dear friend Dilas and her family and then in February, I said a big yes to a month away in Costa Rica with my sister, her family & my parents. But in general, my yes’s have been reluctant, opting instead for quiet time alone to be with my grief.

In June I decided to say yes to returning to the workforce, part time, at my friend Kirk’s meadery. But each week proves difficult, feeling as though I am wading through muck to get there. My massage practice is still on hold. My friends and family patiently await my return to attendance for the things we do, together. I keep saying “keep asking, keep inviting me”… but reserving the right to withdraw has become the norm.

At some point it began to feel as though I was holding myself back in a way that seems…empty. Yet I hesitate before each leap, fearing… what? Fearing exposure, vulnerability, and even occasionally, fearing fun. Fearing the guilt that I have come to understand is ‘Survivor’s Guilt’. As though, because Isaac cannot enjoy it, whatever it might be, that I should not either. That I should ‘sit shiva’ eternally. But more & more I feel less and less inclined to repress myself in this way. Not only for myself, or my loved ones who want me to ____ or ____ but in fact, because Isaac cannot, I should, indeed, leap with wild abandon, for him.

For a long time it seemed as though I was receiving messages from Isaac that he was here, which brings me great comfort. Eagles, sun rays, feathers on the path. Now they seem timed to indicate when I should say yes. He is with me, he is watching and supporting everything I do. Sometimes that means jumping in the car in the middle of the night to chase the moon, as I always used to when he was here, waking him sometimes to come along. This morning, Josh suggested we jump off the pier at 630am. It took me a half an hour to say ok, because my soul leaped toward yes immediately but the rest of me thought “brrrr” and then ” i might have a heart attack”. but I couldn’t ignore the opportunity. We went down there and a fisherman was coming off the pier and said “an east wind dropped that temp to 58 degrees”. Yesterday, when my friend Shauna popped in to my house for an invitation to swim, which I had wanted all day, I still found myself coming up with xcses until finally I said yes! and it was brisk at 70 degrees (lake temp). So, there I stood this morning, watching my gorgeous husband leap with wild abandon and I thought NO WAY!!! I hemmed and hawed, I danced and squealed, not sure I could do it. And then, as has become his custom, Isaac appeared bright and shining through the cloud cover, with beams of light I could not ignore, and I said “well hello son, hello sunshine” And I leaped. And it was cold!!! But it was also exhilarating. I said yes and my reward was feeling fully alive, fully aware of the fullness of my being and my spirit having been listened to.

On Tuesday, I left work early to meet with a potential donor for the foundation we are starting in Isaac’s name. When I got near crystal lake I started wishing I knew someone with a boat who might invite me on said boat. 5 minutes later, as I pulled into the driveway at home, my work-aholic husband was home early and said “BABE!!! Lets go fishin out on the big lake with Sel”. My first thought was not “my prayers have been answered” my first thought was no… Im just going to chill out on my unexpected night off, but then, a little voice inside I have come to feel is Isaac urging me on, said, “duh, mama, you just wanted to be on a boat!!!” so I said yes. And it was amazing. And I caught our only fish as the stereo piped out the song that keeps playing for me on Pandora… No way are these things a coincidence. No way.

As I re learn how to say yes, I am saying yes to life. For myself. For those who love me so. And for my beautiful boy. God is good. Life is getting better. I am (still) learning to shine on….. 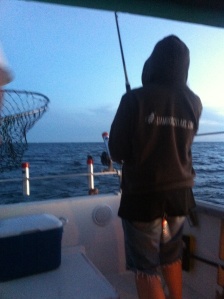 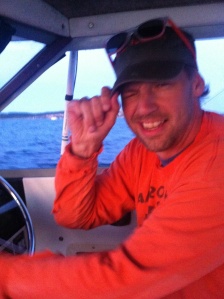 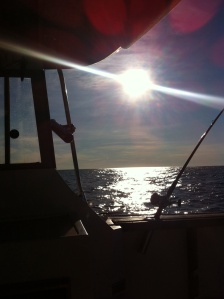 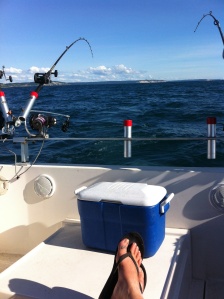 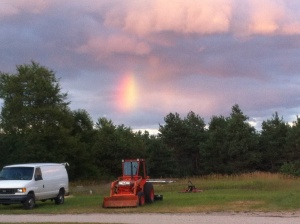 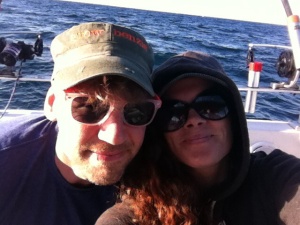