More times than I can count I’ve been stopped, in person, by a stranger or someone I only sorta know, or emailed or messaged, or Snail mailed a note, thanking me for my blog. Thanking me for my truth. Thanking me for being open and vulnerable and raw and real. Also hugged. Hugged for speaking directly to their heart or their pain. Thanking me for having the words I do and sharing them with the public.

These moments seem to happen when I reach a point of saturation, of feeling like I am way too exposed, when I start to think perhaps it is time to stop blogging or sharing memories on Facebook. When I start to judge myself for feeling like who am I to be so vocal.

Sometimes they have experienced loss from suicide, some have experienced depression, grief, anxiety, some are not speaking to their families, some are simply trying to grow in compassion and self awareness. Some have said it helps them feel more spiritual, more present, a better parent, some have said it has given them permission to be more honest with themselves, and others.

Some have even suggested that they hope anyone, especially a child, would read about my pain and be swayed from their own and not make the same choice my beloved Isaac did.

All of this said, I try to remain true to my own quivering voice, try to not take on the tendency and responsibility for helping others, and simply help myself. Writing in this way has helped to save my life. It has kept me connected when I feel I could float away. It has helped me release deep pockets of despair. It has helped me keep Isaac alive in my heart. It has helped me claim myself, helped me belong to myself, has helped me allow others to witness me and therefore pray for and elevate me with their consciousness, which I have needed and I am grateful for.

It has helped me receive. I never knew how important AND difficult it is to receive. How much resistance I had built around myself to the world around me, in fear of pain or judgement. While I would never wish what I’ve been through upon another living soul, I wish others could experience the supreme love and solidarity that I have. To be known and held is such a transformative and sacred and powerful testament to what remains holy about the phenomena that is human nature.

I have considered this many times since October 25, 2014. I have wondered, too, if Isaac had stayed, had received all this love from all these beautiful people, if it could’ve held the power for him that it has for me. If he could have received it with an open heart. If it could have held him in times of doubt and confusion. I have also considered the possibility that only in death did this “portal” open; if he had stayed and everyone that heard about his death, had heard instead about his fragility, would he have been ashamed, would he have been marked, would he have felt judged and rendered helpless in his yearning for connection. Would he have gone from the beloved golden child to someone that felt strange or unstable. This paradox hurts to consider and yet, as much as I have learned about the compassion of my community and beyond, I also know that mental strife is misunderstood, that discomfort with it can be projected. That not everyone knows what to say or do, or how to show up when someone is in pain. That is also human nature. When someone has made a mistake it is easy to jump on the bandwagon and have their perception of someone altered to the point where their compassion ends and their judgement takes over. That is not a scathing remark on humanity, it is simply an awareness that not everyone employs compassion when someone is under the glaring spotlight of imperfection. As much as I have considered others potential reactions, I have considered my own. What I know now, would I have honored then, if he had stayed? Would I have hidden in shame also? Would I have tried to sweep it under the rug? Would I have acknowledged the pain in a way that could help the next time Isaac felt he was at a crossroads? Would I have done everything I could to save him? Would I have made excuses? Would I have doubted my parenting? Would I have asked for big help from my community?

So often I thought I would just be so grateful. And also, up until the moment this became real, I was in fierce denial that it could happen. Even as Osaac told me on the phone that morning exactly what he was going to do, I did not, I could not believe it. Even after hearing my husband screaming, I could not accept that we would not be taking Isaac home and loving him out of this pain he found himself in on a beatific day in October.

So often I look into his deep and kind and wise eyes, in photographs, from every age, and I try to see if this ending was always there. Infant Isaac, toddler Isaac, preschool, school age, preteen, teen, eighteen year old Isaac. Was it there? And there? Why did I always suspect his life would be short? Why did I always fear it and yet dance around and away from that inner knowing? How did I not see it and yet, and yet, feel almost immediately afterwards that I always knew?

I was so overprotective and it drove him crazy as soon as he understood it. He could joke about it, we all did, but he also wanted freedom. He wanted to know a world where his mama wasn’t breathing over his shoulder. He wanted his own world that I was not a part of. Did I cultivate a secrecy in him? Did he need to keep this to himself because I was always hovering? Was it always there as an option, as a way to get away from me? Did he feel there was no other way to be free? To be himself? To be imperfect? Did I set him up for this as his only choice?

Am I doomed to believe this violent act of withdrawal was his only way out?

I do not stay in this line of questioning for very long. Because I write. Because as the fears arise I look at them in the full light and through the healing act of writing them out, I release them, for awhile. They do not stay inside of me. Each time they return, over and over again, I release them into the ether, the container of space that is the Internet, and the sky, where a black bird or a cardinal, a sparrow or a butterfly, a majestic bald eagle or a floating feather help to carry them away. A message felt deep in the bones of my bones that Isaac wants me to be free, to keep releasing.

And so, I quote myself…

I write to touch the supple center of unguarded ache~ To release myself from the pressure of not knowing how to move forward from the unfathomable loss of my beloved son, my beautiful boy Isaac, to suicide, of not knowing how to release my grip on of the past, both the worshipping of it as well as the beating myself up for it, and letting go of the need to know what I could’ve done or what on earth I will do now. I write to heal.

I thank you for reading these 100+ posts, for sharing how they have touched you or helped you. I thank you for bearing witness to me as I lean into a deeper experience, for holding me, and for lifting me up. If my blog is a vehicle for healing all of us, then I can keep writing, even when it feels like too much. Thank you… 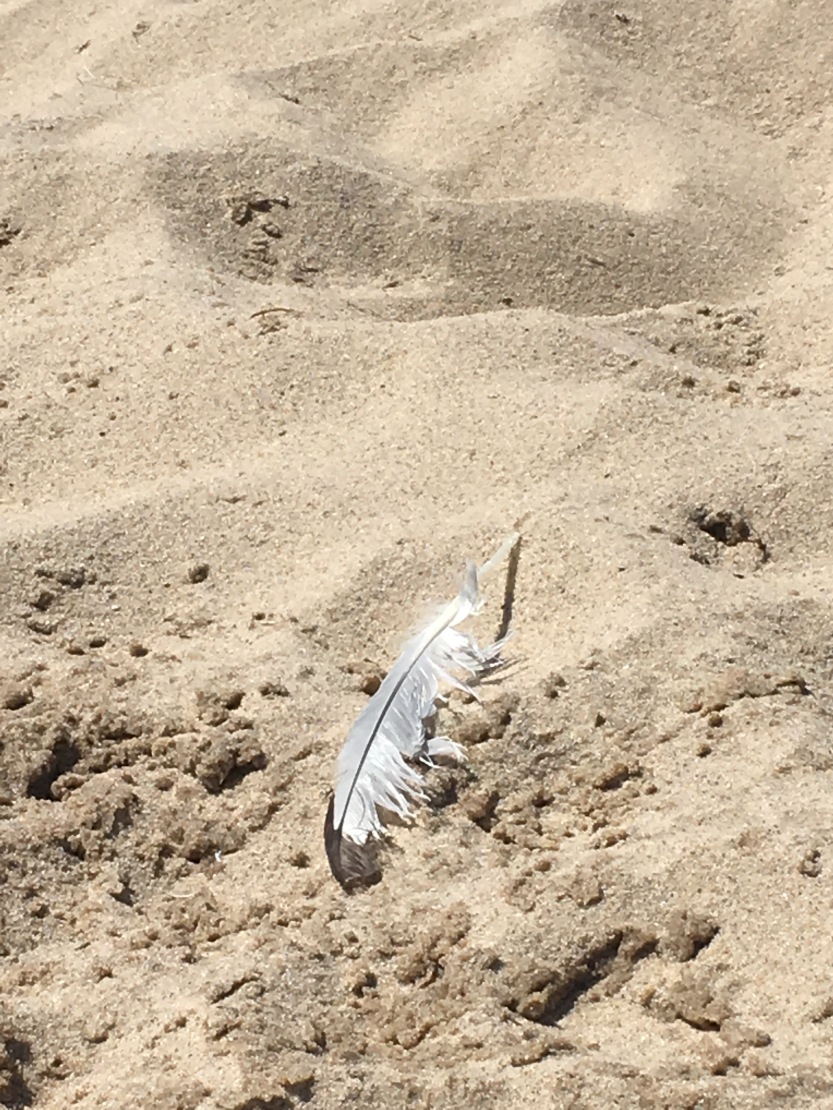 One thought on “Heavy Duty”